Visit
Day 2 of Dog Camp started with a short pack walk. We worked on recalls and place training as well as addressed some specific anxiety/separation...

Remote Training Collars and Dog Aggression: : It Isn’t All About the Tool

This past weekend I hosted a guest speaker at my dog training facility in Dubuque, IA.  Chad Mackin joined us to present his Pack To Basics Workshop. We had about 25 professional trainers and a few pet owners join us for 2 days of discussion and hands on work tackling the difficult problem of dog to dog aggression.

We had a few interesting cases including Soldier Boy who made great progress in just two days. He went from growling, lunging and firing up at any dog who moved too close or too suddenly to moving off leash during the socialization sessions.

We also watched a foster Pitty make great strides in gaining confidence in the group. From needing to be removed from the room early on (because we couldn’t hear over his frequent barking outbursts) to moving within the group on day two.

There was also commentary about “marshal’s”, those dogs who learn how to instruct others and take it on themselves to oversee much of the group interaction. We saw very interesting video footage of Bart a Boxer who demonstrated his ability over time to grow out of the label “dog aggressive” into a position in the group that helped new comers learn the ropes and stay safe.

I choose a picture of my Malinois, Hero for the top image because he has been a That’s My Dog! marshal for several years. Although Hero never had a history of dog aggression, he is always my go to for stability and has a knack for teaching other dogs the best ways to avoid conflict and maintain calm within the social setting. He frequently attends our puppy preschool groups where I call him “Gramps” cause he knows exactly the right moves and pressures to teach the youngin’s  what is ok and what they need to keep a lid on. 🙂

Chad’s work is founded in the idea that utilizing a social structure (group/pack) is an ideal way to help dogs re-learn how to communicate effectively. I use the word “re-learn” because in the vast majority of dog-dog aggression cases the fundamental issue is a dog who learned inappropriate behavior due to factors such as lack of socialization, traumatic experience, poor modeling and often underlying pain issues. These various layers of stress need to be addressed and lessened but by participating in a controlled environment with a variety of dogs (many of whom are stable) the problem dogs can learn more appropriate behavior to replace the previous aggressive responses. 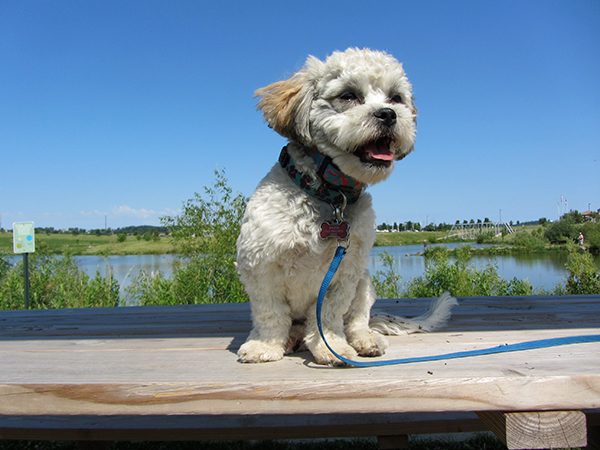 Other than to say that Pack To Basics validated my own mantra that “Motion Dissipates Stress”…I’m not going to attempt to go into detail to describe Chad’s protocols. (it was two days worth of work!) It will suffice to say I’d highly recommend professionals who wish to help rehabilitate dog aggression take the time to attend the course and learn more.

My reason for bringing this information to the my blog is too emphasis that there are so many components to dealing with dog aggression, it is NEVER just about the choice of tools used.

I personally have found the remote collar to be highly valuable in assisting my goal of rehabbing dogs who favor aggressive responses to  certain triggers.

BUT the tool is not the magic and I want the message loud and clear that if you are dealing with aggressive behavior in your dog you need to get professional help.

If that professional says you CAN’T use  remote collars when dealing with aggression….then I will tell you they are simply under educated with the tools varied uses.

For those of you out there struggling with dog to dog aggression, please don’t give up. It is rare that the issue can’t be greatly improved and often completely resolved. You just need to find the right kind of help.