Hey Canada, so you want to ban shock collars?

I have a question for you Ms. Davies and the 1400 who signed this petition…can you please explain your decision to Cindy who has MS and has already tried 3 other trainers and just about gave up on her dog before she found a humane and effective solution with a remote dog training collar. 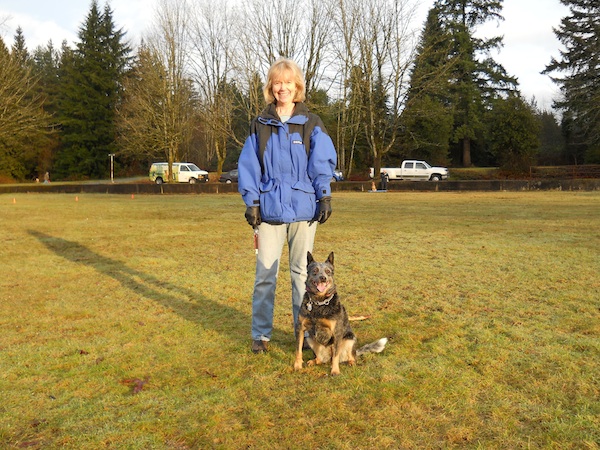 Granted, I understand the reason most people sign these ban shock collars petitions. Most of them have no first hand experience with the tool. They haven’t seen them or worked with them. Heck on this petition there is no age restriction…so apparently a 5 year old can sign it.

It is easy for the petition writers to paint a horrific picture of abuse when you use words like *shock collar*. What caring, dog loving individual would not support a ban on such a barbaric idea as *shocking dogs*?

You can take a look at all the emotive “information” I’m speaking of. Lots of pictures of very sad looking dogs and snippets of quotes from either people not named or people who have never had experience using the equipment.

We already know that the “collars burning dogs” stories are not true. Remote collars can not “burn” they do not generate heat.  Collar sores are a result of pressure necrosis (the collar is left on too long and therefore causes tissue damage) the manufacturers even warn about it in their manuals and advise limiting wear time. The same outcome happens with flat buckle collars, chain or prong AND head halters left on too long and we have all seen the pictures that prove it.

We also know that the most recent studies on e-collars demonstrated higher learning effects than the positively only trained dogs and less stress behaviors than dogs trained with pinch collars.

But what really chaps my hide on the ban shock collars site is much of it’s burden of proof are stories of collars used on kids. Are we supposed to extrapolate that banning this tool will stop child abuse? Does anyone seriously believe that unstable people who abuse kids or anyone else will stop because you take this particular tool off the market?

I certainly don’t deny that their are still individuals who may abuse this tool…but does that mean no one should have access to it? Abuse is abuse and individuals should be held accountable.

It is not about the tool.

So if you are considering supporting such a petition I urge you to think about people like Cindy and all the other 3 million that bought these products in North America just in 2010 (sales numbers provided to me from Dogtra, Tri-tronics and Radio Systems Corp) That is just in 2010 and these tools have been around for 50 years. If they are such torture devices and they cause such horrid outcomes when used on the dogs… then where is the over whelming evidence? We should be seeing these trembling, sad dogs on every street corner.

enough of my rant for today. Congrats to Cindy for not giving up after working with 3 other trainers and nothing worked. Kudos for persevering and finding a solution that keeps Rozy in your home and happy. A lot of people would of quit and took the dog back to the shelter.

Individuals who sign these short sighted “ban shock collars” petitions owe you and many others an apology.

I have had Australian Blue Heelers for the past 25 years, they are my breed of choice.
When I lost my last one in 2008 I began my search for another one. I had always used a breeder before but this time decided to rescue an adult dog from the Burnaby SPCA. There I found the very lovable Rozy. She was 4 1/2 yrs. I was told she was not socialized, living her entire life in the back yard, surrounded by a chain link fence. The SPCA spayed her and released her into my care 2 days later. Yea!
Rozy rode well in the car home, walked by my side well. A perfect Velcro dog!

Then we went inside my home, she sniffed at things and then happily went to the bathroom on the floor, smiling up at me the whole time. Oh! She wasn’t house broken, silly me! One of the reasons I had wanted an older dog was to avoid puppy training. I have MS  and didn’t think I had the strength or energy for that again. Surprise!
Rozy got me out walking several times a day, in all types of weather. It took 1 month to fully housebreak her. But the real challenge was to come.

I noticed that as Rozy got more comfortable with me she began to display some uncontrollable behaviour around other dogs. Especially “yappy” dogs. She would do a quick lunge, not biting but scaring them and their owners, and nearly knocking me off my feet.

I took Rozy to 3 different dog trainers over the next 5 months. All would train me & Rozy well at their place but when I left them Rozy would be back at her lunge routine within 1 week.

I was doubting my ability to keep Rozy, but I did love her. I went online  and looked for a trainer in my area. That was where I learned about Sit Happens. I was not too hopeful when I initially spoke with Jeff, but he sent a trainer over to my place. I was taught how to use the E (electronic) Collar. This great device has been such a benefit to humanely get Rozy’s attention and modify her behaviour around other dogs and people. Rozy is much more confident now. Sit Happens took the time to teach me how to train Rozy with the E- Collar. It  has given me the ability to keep my loveable Rozy. 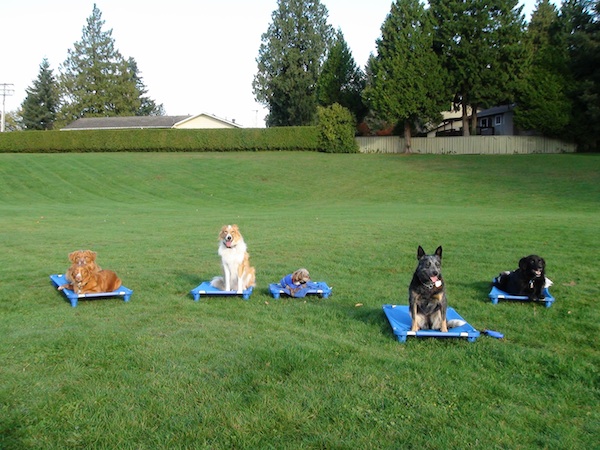 Rozy has responded so well! Jeff assessed Rozy as a reactive, not aggressive dog. We go to outdoor training with 20 or more dogs. They are all responsive to the owners, including my Rozy!
Rozy is now 61/2 yrs. old. I can walk down the street with Rozy, past other dogs and there is no lunging. I even take her to my neighbourhood park off-leash and others are praising her good behaviour. I tell them to phone Sit Happens. It works for Rozy and me!

I thank God for Rozy and Jeff and the crew at Sit Happens. They truly love dogs and want to improve the relationship between dogs and their human pack.

Cindy Mason and Rozy too!

If you are thinking of signing the ban shock collars petitions, please be very aware of who you are affecting.