We lost a friend today. His name was Hero. A Belgian Malinois of 13 years and 5 weeks. It doesn’t seem like he got to stay with us long enough, but it was enough to turn me into a different person and enough to help two kids grow up.

He came to us on a flight from California in July of 2001. A young pup who’s future I envisioned would be full of all sorts of ‘greatness’, thus his name. He was my first Malinois and I expected he would fill big shoes transforming me from Podunk dog trainer into a name that would be noticed in the industry. Perhaps I should have been more concerned when his shipping had to be delayed because he had Demodex, but I had high aspirations and started right out from 9 weeks old taking him everywhere, including on his first of many family vacations. We even made it to the Leinenkugels lodge by the time he was 12 weeks old. 🙂 That was also a flash moment in time I noticed more than average apprehension about noises and ‘strange stuff’. The fluttering of a ‘buried wire’ flag marker was pretty disconcerting and we made a game of it to help him realize it wasn’t much to be bothered about.

And we continued on and trained and traveled and within his first year he’d been to several workshops and learned to retrieve and started bite work. But those trips were never without some event, some car backfire or other disruption that caused him to quiver or begin to pant. He’d carry on but always with some concern that maybe, just maybe the sky Would fall.

By two years I was a bit beside myself that somehow I had ruined this dog that I had intended for greatness. Why could I not overcome this issue of quivering when ever there was environmental stress?  So I traveled to Long Island New York to a seminar given by Bart Bellon, someone whose work I admired and who probably knew Mals better than most anyone on the planet. On day two of the workshop Hero and I had our turn in front of the audience to discuss my struggles…just as a plane took off from the nearby airport and my Hero turned to jello! Imagine my shame. And after the noise subsided Mr Bellon announced to the audience, ” I observed this woman and her dog training in the parking lot last night and she may think she caused this but she didn’t. The work was sound. This is a Beta dog.” And he looked at me and explained if you want a top dog you must start with a top dog and explained the importance of genetics and how nerve is inherited and then built upon.

And after that both Hero and I were free. I was free to find another ‘demo’ quality dog and free to allow Hero to have the life he was intended to live. The life of family companion, nanny to children and holder of secrets. He could lick away tears of disappointment or send them streaming from laughter. His animal impersonation tricks of Be an Alligator or Be a Kangaroo were party favorites and his gentle demeanor allowed him to accompany my daughter trick or treating when she went as Red Riding Hood and him as the Big Bad Wolf in grandmas cap and nightgown carrying her basket through the entire town and collecting the candy.

He was my go too for teaching young pups the rules of behavior. A playful bow if they were shy and a gentle squish if they needed to be brought down a peg or two. Always fair and always patient. Thunderstorms made him shiver but he could hunt and swallow shrews and other small rodents in a single gulp. He grossed us out with his occasional explosive diarrhea but astonished us with his ability to get even the most dog phobic folks to warm up to him. He taught many foster dogs the ropes and held the tears of children’s burdens as they grew into young adults.

He was a Hero to this family that loved him.

And such is the life of a dog. A simple life that touches so much.

Hero was not a dog of strong nerve. He was a dog of enormous heart and the words that “You don’t always get the dog you want, sometimes you get the dog you need.” could not have rung more true. His heart is what ended up teaching me what I really needed to know about this profession. That it isn’t about greatness, or flash or even fearlessness. It is about perseverance and giving your best and remembering each day to be there with a smile and support for those who need you.

It is about heart, and that was the embodiment of a Malinois named Hero. 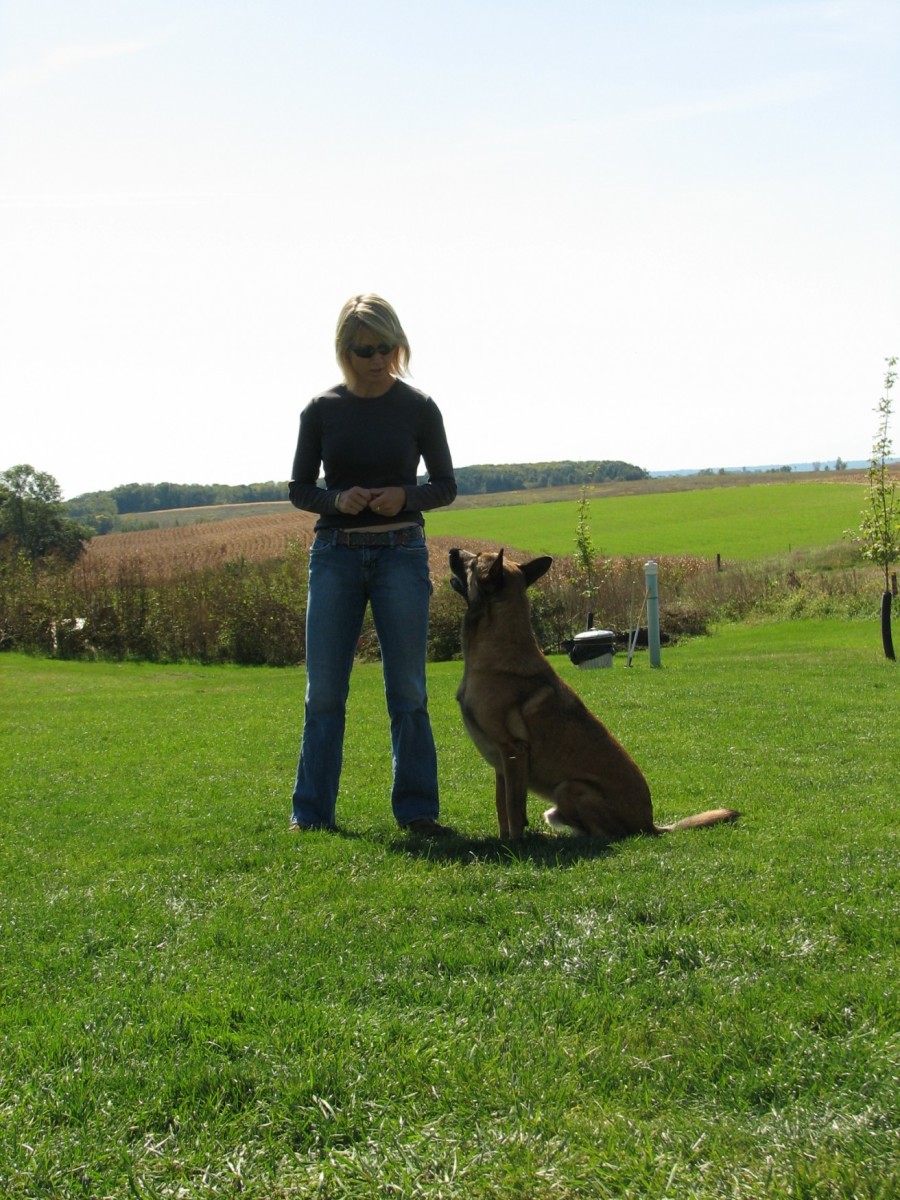 We’ve been pretty bogged down here in Iowa with cold, COLD weather and LOTS of snow….but it didn’t stop my 10 year old Malinois, Tommy from wanting to go out and play! A good reminder for me to just keep moving forward and making the best of what ever comes. Dogs are fabulous for being that constant ‘in the moment’ presence in our lives.

So what ever your New Year’s resolutions or hopes for self- improvement include this coming year  here’s my reminder to add a little something in there designed especially for your dog.

In fact I came up with a few possibilities for your consideration:

Learn a new trick or two.

Take your canine pal on a monthly visit to someone who needs their spirits lifted.

Include walks that allow you both to ‘just be’ and sniff out all the wonders of the woods, the beach or the quiet park at the end of the street.

Upgrade to a healthier diet. Yes, for both of you! 🙂

Donate some time or resources to a rescue or shelter in your area.

Find a weekend get-away where you both can have some fun. (like our Dog Camp in June!)

More exercise. Yes, for both you! 🙂 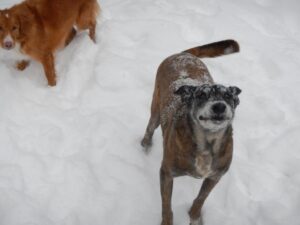 or as the sign in my office says: Bark Less, Wag More & Play Often!
Happy New Year to everyone.

Please allow this letter to serve as a recommendation for Robin MacFarlane. I have known Robin since 2003. This was shortly after I retired from law enforcement during which time I handled a police K9… Read more “Brian Berg”

Hi Robin,
I just finished a training weekend with Greg Doud and you were on my mind the entire weekend. It’s been 1 year since our on line coaching sessions and I can’t thank… Read more “Angie with Rocky”